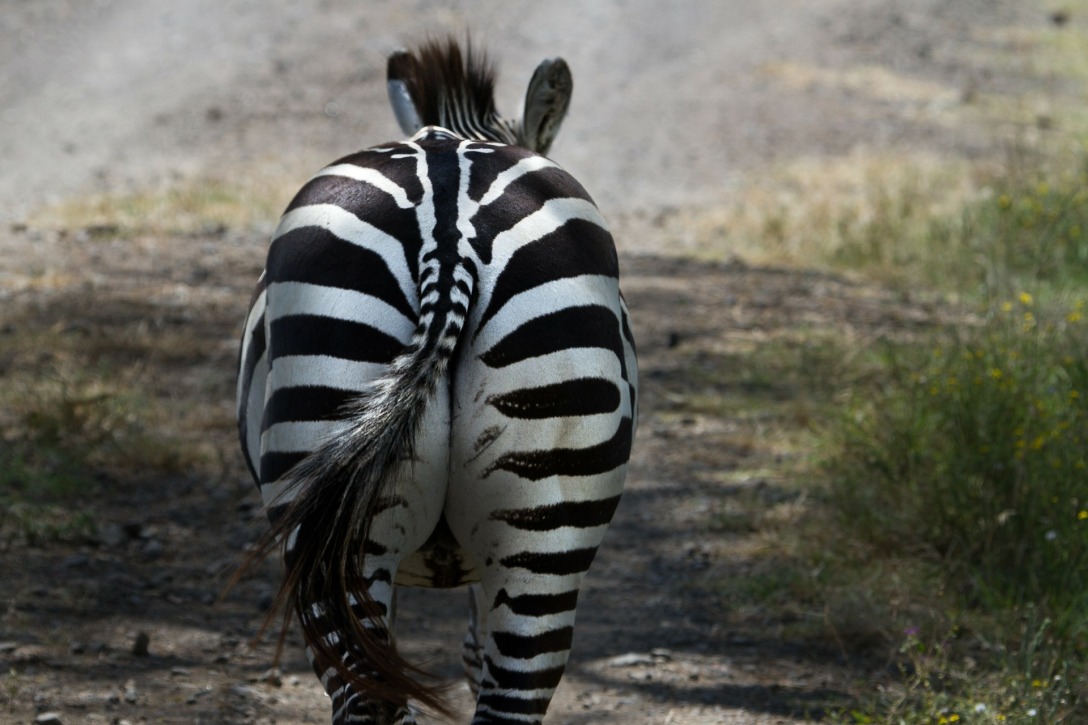 We’re in lockdown again and I’m beginning to wonder if we’ll ever get the chance to travel again, to venture beyond our shores. I’ve always thought myself lucky to have had the opportunities to travel, it’s a privilege I’ve never taken for granted. If the borders were to stay closed forever, I could hardly complain, having seen so many places, met so many wonderfully diverse people and experienced so many inspiring cultures. The memories I have are precious. They serve to give me comfort during these trying times, and once again I find myself going through old photos on my virtual travels, reliving the moments that have brought me such pleasure in years gone by.

Seventeen years ago, I realised a childhood dream when my wife, Christine, and I travelled to KwaZulu-Natal to visit Africa’s very first nationally protected nature reserve at Hluhluwe–Umfolozi. Established in 1895, the reserve covers a wilderness area of almost one thousand square kilometers, rolling hills and heavily wooded valleys along the Imfolozi River. I could barely contain my excitement to have finally arrived at the very summit of my bucket list as we drove from Durban to Hilltop Camp at the heart of the reserve. My lifelong quest to see Africa’s spectacular wilderness had started on my first day at school. (Just a few years prior) Along with other wide-eyed four-year-olds, we gathered cross-legged on the floor of the library to listen to a student teacher regale us with stories of her summer vacation, a trip to the dark and mysterious continent of Africa.

She showed photographs of her safari and continued the African theme later in the day with tales of those early explorers, Livingston and Stanley. Her descriptions of exotic wildlife had me enthralled while kids around me lost interest and fidgeted absently, more interested in their new school mates than the wilds of Africa to which I had been transported. She was a stand-in teacher and I never saw her again, but her tales were the seeds that would lead me to roam around the world as I grew older. I sometimes wish I could tell her how much she had inspired me.

After bringing an end to hunting in the region, the reserve at Hluhluwe–Umfolozi became famous throughout the world when in the 1950’s Operation Rhino was instrumental in bringing the white rhino back from the brink of extinction. Today’s animals thrive under the reserve’s protection and the program has replenished the rhino breeding stock across the continent. A true success story.

I sometimes wish I could tell her how much she had inspired me.

We stayed at Hilltop Camp, established in the 1930’s, and were taken by guides tracking lions on their night hunt, though — thankfully perhaps — the large male we followed did not make a kill and so we were spared the trauma of watching.

We watched zebras grazing alongside wildebeest, rhinos wallowing in mud pools, and elephants and giraffes stripping leaves from the trees under the heat of a mid-day sun. Our guide took us up the river to watch crocs basking on the riverside, while villagers washed their clothes and bathed in the same river within sight of the four metre giants. It seems incredible that people can and do live in close harmony with wildlife, even when it poses a danger to life itself. It’s hard to imagine that having crocs in the bath, and lions in the pantry could be seen as a normal and daily occurrence. Normal it may be, but we couldn’t help feeling anxious for the little boy we saw playing on the riverbank nearby.

The dangers are not to be underestimated but it’s easy to relax in such beautiful surroundings. I’m now thinking back and laughing at the day we joined a 10km dawn hike. The ramble started well before daylight and our guide, let’s call him Bob, had instructed us to wear something warm as the nights could dip down to single digits and mornings were cold. Sleepy-eyed, we woke to the sound of eerie and unidentified animal cries.

We dressed quickly, donned our warm jackets and headed to the Land Rover to be greeted by Bob. We drove to our start-out point as the sky took on that silvery pink morning glow just before sunrise. Other than the obvious excitement and anticipation at what we might see, we hadn’t really given too much thought to the implications of our undertaking. It was only when Bob began his pre-hike safety talk that the reality hit home. We were going to be on foot, exposed to the predators and big game animals that kill for a living and could hurt us if they should choose. Oh yeah, hadn’t thought of that!

It’s quite sobering to know that there’s nothing between you and a hungry pack of hyenas, no fence to stop a charging buffalo or angry elephant. “If we are charged by any of a dozen possible wild beasts,” said Bob, “don’t run.” Don’t run? I looked at Christine’s white face, drained of all blood and enthusiasm. Don’t worry, I tell her. They have to say that stuff to keep the lawyers happy. Bob continued. “Keep your eyes locked on their eyes and back away slowly. Trust me. Whatever you do, do not run,” he repeated emphatically. Our group was a small one made up of two other couples. “Can they smell fear,” one of the guys chirped in. “Only if you poop your pants,” said our guide cheerfully. Christine was not amused by his humour.

In for a penny, in for a pound, we put our fears aside and followed our intrepid leader into the wild. We walked in a single line with Christine immediately behind Bob and me following at the rear of the line. Ten kilometres is a long way in the African bush. The terrain, sometimes challenging, took us through dense thickets of acacia, across dried up creek beds and through waist high grasslands.

It was during one of these long grass sortees that I became a little nervous. Lion territory. We had seen them the previous night from the safety of a Land Rover, as they stalked through the tall grass. Now, here we were traipsing through that very same terrain. Bob was a stout enough fellow, but he hardly looked capable of fending off the various attacks he had so painstakingly warned us about. He carried a bolt action rifle, for emergencies and only to be used as a last resort. Fine, I thought, but I wondered what his criteria was for last resort.

The sun had risen now and with it the temperatures rose quickly. Bob set a brisk pace, making us sweat at the exertion. I took a moment to strip my jacket and tie it around my waist. As I did so, my imagination began to wander. I could see lions lurking in the sway of the grass, leopards waiting to pounce on the straggler of the group. Every movement in the breeze, every shadow seemed to signal an imminent attack. I hurried to rejoin the end of the line and it was then that the horrible thought hit me. When grabbing something to wear in the darkened hut, I had unthinkingly chosen a striped tee-shirt. I looked down at my garb and gasped. Zebra’s arse! I must have looked like a zebra’s arse, waddling through the undergrowth at the end of the line. All I needed was a long black ponytail and the disguise would have been complete. I looked up and saw Christine had stripped off her own coat and was now resplendent in fluorescent pink. I imagined the wildlife laughing at us. Two clowns in the bush, what an appetiser!

I’m here to write this little memoir so I obviously survived to tell the tale. It’s one of those stories that gets told every so often and we have a good laugh about it. However, and on a more serious note, on our return to camp that day we were informed about the death of a guide in the months prior to our visit. While conducting a similar hike within the reserve, he was charged by an angry male elephant. Like Bob, he had had his rifle but chose not to use it on the elephant. It seems his idea of a last resort was for the benefit of the wildlife he served to protect.

Our time in Africa was an amazing experience and one we shall never forget. We saw an incredible diversity of wildlife just as it’s meant to be seen, in its natural environment without bars and cages, thriving alongside local communities who have long since learned to coexist. As if to demonstrate that closeness between the people of Africa and the nature that surrounds them, and with our stay at an end, we had left camp before daylight and were driving the three hour road to Durban. We had a flight to catch down to Cape Town. The sun had not yet risen when we saw two cats walking down the middle of the road. Okay, you guessed it! I’m not talking stray tabbies here, these were the real deal. Mesmerised, we watched two majestic male lions sauntering along the road as if nothing could be more natural than to take a stroll before the morning traffic.

We watched for several minutes and caught a few grainy photos in the breaking light until they peeled off into bushland. The encounter was thrilling. Minutes later we passed three local men walking along the same road; perhaps they were on their way to work. I’m reminded that such habitats, as those in Africa, are under great pressure around the globe. As humans expand their domain, that of the natural world shrinks in equal measure. But I’m given hope by what I saw in Africa. Life can coexist in close proximity, man and beast, each just going about their daily routines, each respected for their place in the world.

Anyone can make an ass of themselves but it only takes a silly mistake to become the zebra’s arse.